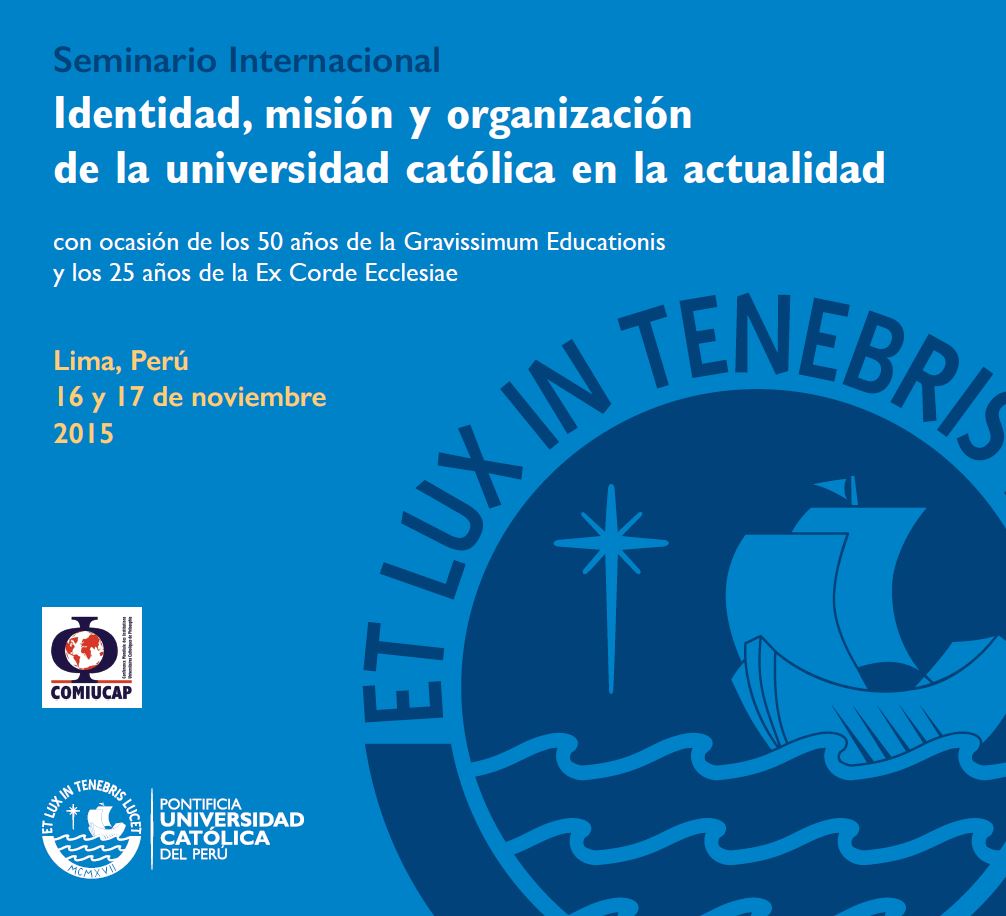 International Symposium organized by the Pontificia Universidad Católica del Perú in collaboration with the Conférence Mondiale des Institutions Universitaires Catholiques de Philosophie and to be held in Lima, Perú, from 16-17 of November, 2015.

On the occasion of the network’s Third Regional Congress for Latin-America, Comiucap and the Pontificia Universidad Católica del Perú organize the First International Seminar dedicated to contemporary issues related to Identity, Mission and Organization of the Catholic University. The Seminar occurs in the year in which the Church celebrates both fiftieth anniversary of Gravissimum Educationis, the decree of Vatican II on Education and the Mission of the Church, and of the 25th of Ex Corde Ecclesiae, the document of the Church that regulates the life of the Catholic University worldwide.

The Seminar, held in the city of Lima, intended to analyse the different aspects and challenges that the global world of today puts before the Catholic Universities in terms of their own identity and mission. Particular attention was given to the many challenges derived from the constitutive pluralism of our contemporary societies as well as from the demands of intercultural communication as a justified base for peace and harmony in our world of today.

Special attention will also be given to the demands that derive from the strucutural interaction between the University and the ecclesial Hierarchy. The Seminar was particularly directed to the participation of deans and other academic authorities in universities across Latin-America, but counted also with the participation from Colleagues coming from Europe and the United States of America. For further information, contact: atinamerica.comiucap@pucp.pe or here.