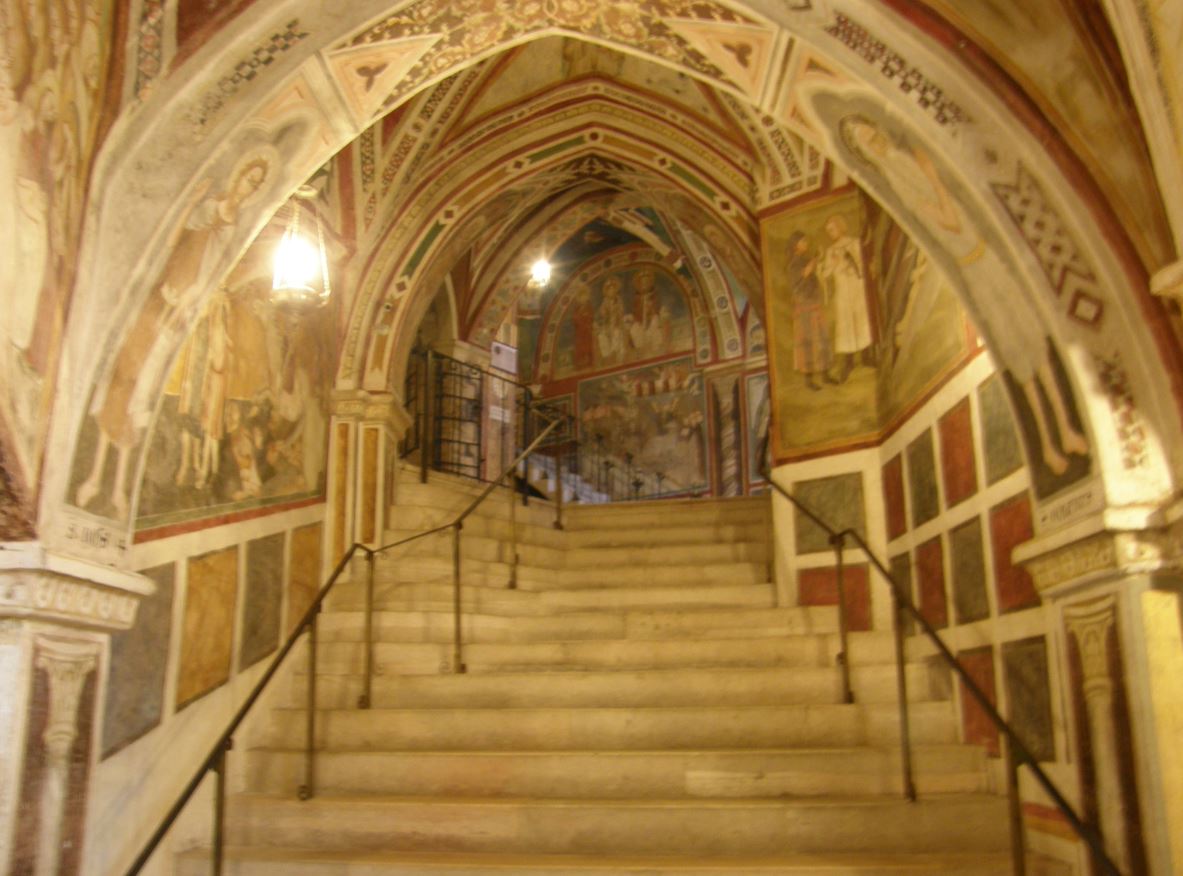 For the most part recorded on site in places such as Subiaco, Montecassino, Assis, San Casciano, Florence and Rome in June of 2013, the documentary we present here was produced and then broadcasted by the State Television of Portugal on December 24, 2013 (RTP2) and January 2, 2014 (RTP1). The Program was produced for RTP1 by the Journalist Fátima Campos Ferreira and the Reporter of Image Carlos Oliveira under the scientific advice of João J. Vila-Chã, professor for Philosophy at the Pontifical Gregorian University in Rome. The documentary was particularly enriched by the contribution of Professor Joseph Weiler, President of the European University Institute in Florence, and was edited by Alexandre Leandro, chief-editor at the RTP. Originally titled (in Portuguese) «O Triunfo do Espírito», the documentary was conceived as (a rather unusual form of) narrative about (the Idea of) Europe and out of the recognition that for the present as for the future of the world a confront remains unavoidable with the cultural and the religious dimension of the Idea of Europe as we know it through the media of our cultural (and philosophical) history.

We are grateful to all the Institutions that in places such as Subiaco, Montecassino, Assis, Florence, San Casciano and Rome allowed the team sent by the RTP to Italy to realize the work as intended and so contributed in a decisive way to this particular (and somehow peculiar) narrative about the Idea of Europe. Moreover, while expressing our best appreciation to the RTP for in times of scarcity having decided to produce and then broadcast this documentary on the Christian Roots of Europe, we also would like to acknowledge all the other sources and contributions integrated in the present documentary, beginning with the wonderful elements present in its sound-track. The present is a non-profit initiative and has no other intention but serve the causes of Education and promote the goal of an Europe united in the pursuit of Truth, Justice and Peace. Indeed, we are convinced that the Roots of Europe need to be continuously studied and rediscovered as when we penetrate the symbolic depths of «places» such as Athens, Jerusalem and Rome and so be permanently re-integrated in ever new thoughts and narratives about the meaning of Europe. This publication, therefore, is just a call of attention to as many persons as possible so that many more citizens of Europe and of the world at large come to realize how important in the cultural configuration of our day and age is the role to be played by the «Studia Humaniora», particularly by disciplines such as Philosophy and Theology, Art and History. − For further reflection on the «Christian Roots of Europe», we also recommend the documentary (cinematographic) produced by RAI and titled Campane d’Europa – Bells of Europe (2013).